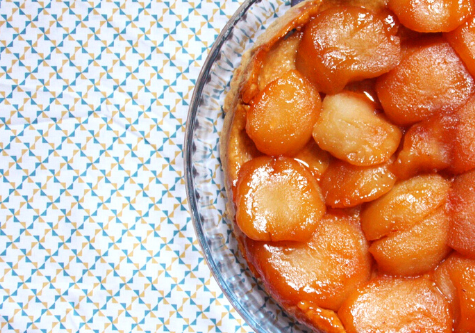 Even though many cities and states around the United States are beginning to open up, many people are still using this time in quarantine to master their baking and cooking skills.

With our Alliance Française being located so closely to the “Big Apple,” what better recipe to try than Tarte Tatin, a well known French food similar to apple pie?

There are not many ingredients, which makes it a perfect dish to try while being stuck at home. As well, it’s a sweet, quick dessert to make, making it the perfect French food for kids. 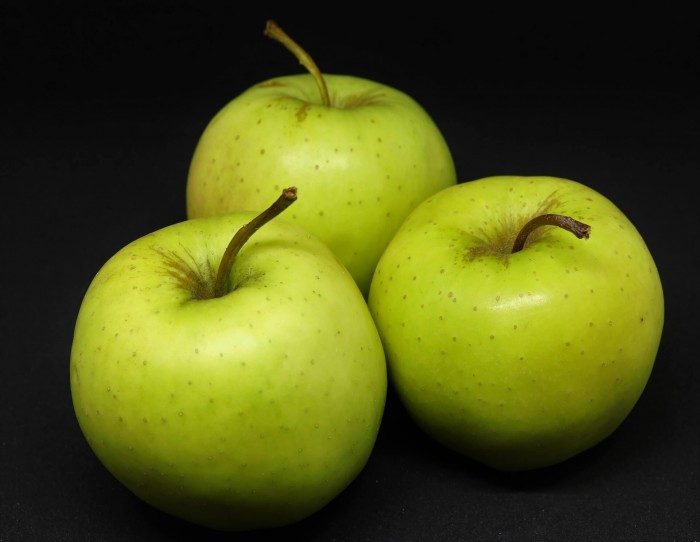 According to legend, this recipe was created by accident. Two sisters, in the late 1900’s, ran the Hôtel Tatin. One of the sisters was normally responsible for the cooking and baking. One day, while making an apple pie, she got distracted, and almost forgot about the apples she was cooking. They carmelized to the point of almost burning. To fix her mistake, she covered the apples with a pâte brisée, baked it, flipped it upside down, and served it to Louis Vaudable, a restaurant owner who would later bring this dish into popularity by serving it at his restaurant, Maxim’s. Together, they created what would later be known as a famous French dessert.

However, some do not believe the story, and say it was invented in the 1920’s by a French food critic, and the actual dish was created by Louis Vaudable. Actually, there are many legends around this dessert. Regardless, Tarte Tatin is a very simple French dish, and is an easy way for everyone to make French food at home. 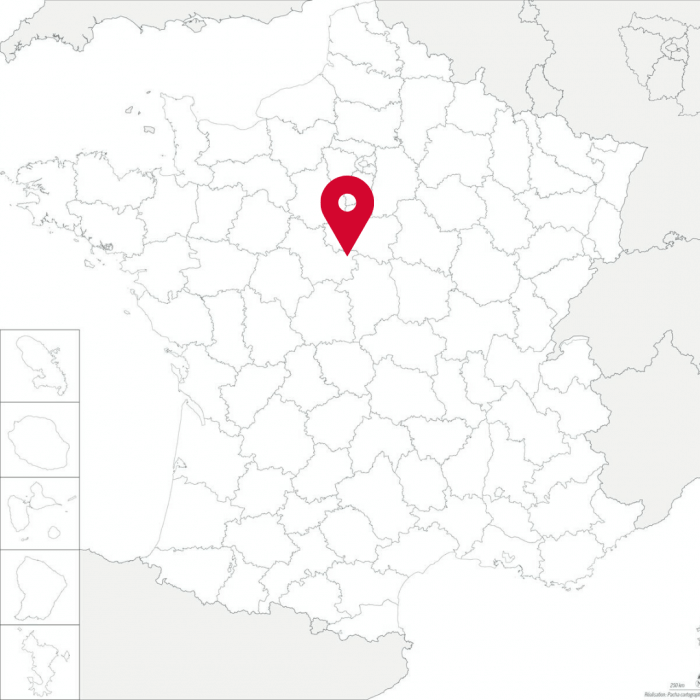 The idea of the Tarte Tatin was born in Lamotte-Beuvron, in Loir-et-Cher

This recipe serves about 8 people, and is incredibly easy to make.
If you are interested in making this French dish, you will need: 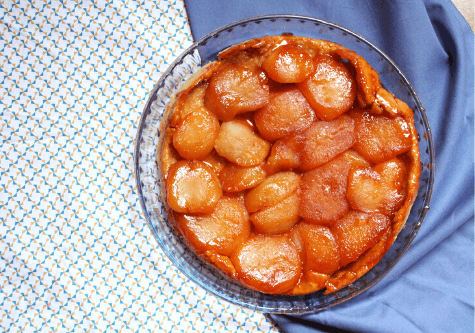 American touch
Many like to serve this with a scoop of vanilla ice cream, in the U.S.

French touch
However, to make it more of a traditional dessert you may see on a French menu, serve with crème fraîche instead of vanilla ice cream.