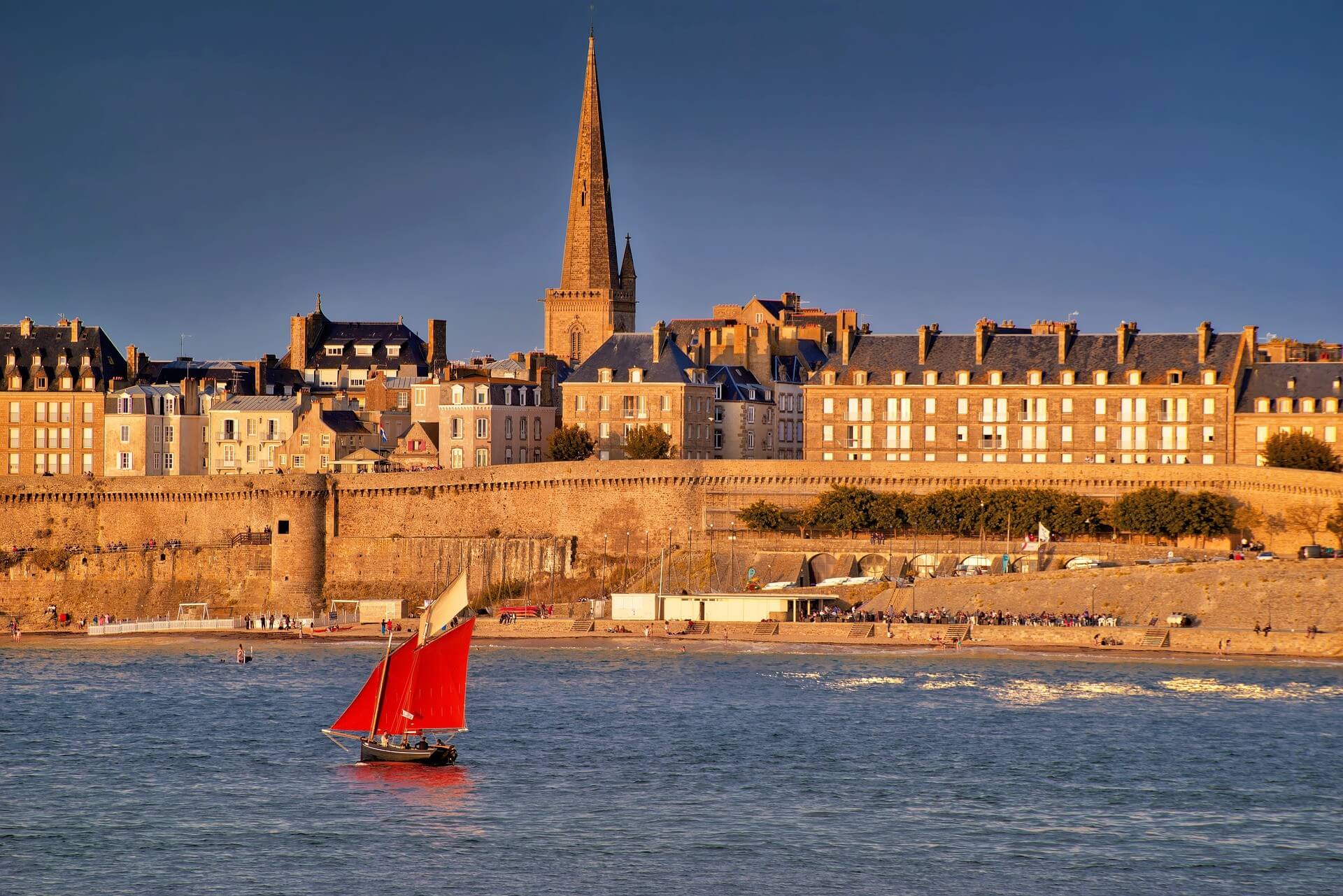 Although we can't travel right now, our sponsor VeronicTravel is giving you a virtual tour of the Northwestern region of Brittany.

Brittany is a special destination in France. It’s a whole world in itself at the very west part of France. There are islands and towns, cities and countryside, rural landscapes and coastal scenery, wild beaches and harbours.

From the northern part to the southern part, here are some unmissable sites to discover Brittany and its richness. 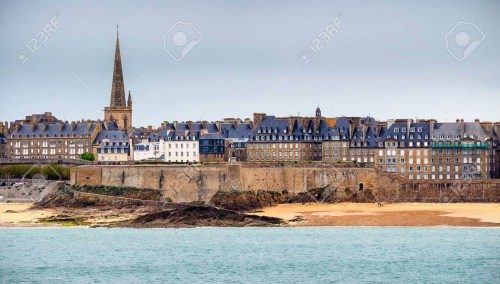 St Malo - The lovely port city of Saint Malo is a popular tourist destination and one of the jewels of the Brittany coast.

A wander through the old town is a must when visiting Saint Malo. The historic center is very much a lived-in part of the city. The cobbled streets of the walled city are full of charm and wonderful for strolling.

The iconic walls surround the city for about 2km (just over a mile). It is worth planning a walk along the walls in order to appreciate this magnificent and historical seascape. 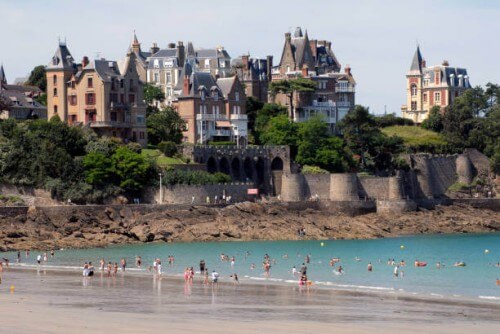 Dinard used to be a small charming village situated on the estuary of the Rance and opposite the walled town of Saint Malo. However around the 19th century, the English aristocracy fell in love with the the quiet town of the Emerald Coast. With their arrival and later those of the Americans, Dinard became France’s top seaside resort.

By the end of the 19th century Dinard was considered to be France’s no. 1 seaside resort and was the place to go and be seen by the rich and famous. As a result Dinard has lots of attractive villas, and because of their very individual and eclectic style many of them are now protected buildings. 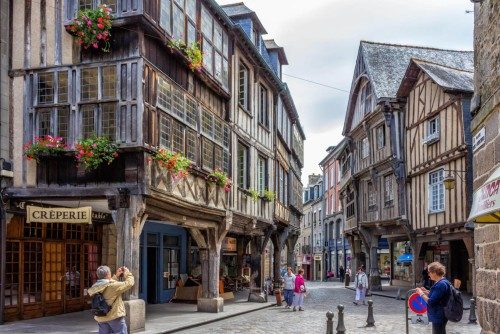 Dinan, an Historic Medieval Village is one of the most attractive and best preserved small towns in Brittany.encircled by its 2.7-kilometre-long ramparts – the longest in Brittany. Wander through its narrow streets and learn all about timber framing. The town is home to no fewer than 130 half-timbered houses.

Cap Frehel is the most beautiful cliffs in Brittany and one of the most visited sites in Brittany: pink sandstone cliffs and unspoilt beaches, pine forests, an emerald sea and character villages

Listed since 1967, the cape is a natural and protected area. This nature reserve is home to a variety of plant species and is a haven for seabirds. 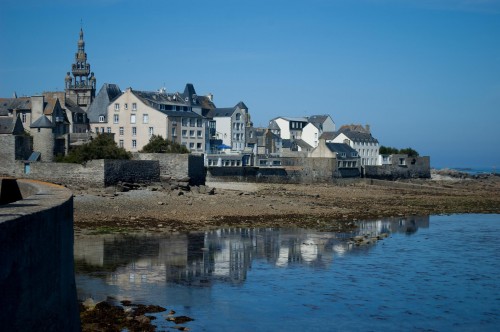 Roscoff is a picturesque fishing village on the North coast of Brittany and is an idyllic introduction to Brittany's rustic charms.

In Roscoff, attractive 16th century granite buildings nestle against the coastline, the streets filled with fantastic restaurants, serving great food, and charming little art galleries and gift shops. The town specialises in seafood dishes and traditional Breton crêpes, which you can enjoy at one of the many street-side crêperies.

Brest, the city with over a thousand years of history. Located on the tip of the French region of Brittany, Brest has been one of the key cities in countless numbers of battles and is currently home to one of France’s three naval bases. Discover a city that is known for its breathtaking landscapes and scenic coastal areas. Take a boat ride to the nearby seahorse-shaped islands of Ouessant and Molene for an unforgettable experience.

Pont-Aven gets its fame from Paul Gauguin and the artistic trend known as “School of Pont-Aven”. Many artists have been charmed by the exceptional brightness of this village. Pont-Aven offers a sample of colours for all those thirsting for art but also of treats for culinary art lovers. Pont-Aven is known for its paintings, for Gauguin and also for its famous galettes. 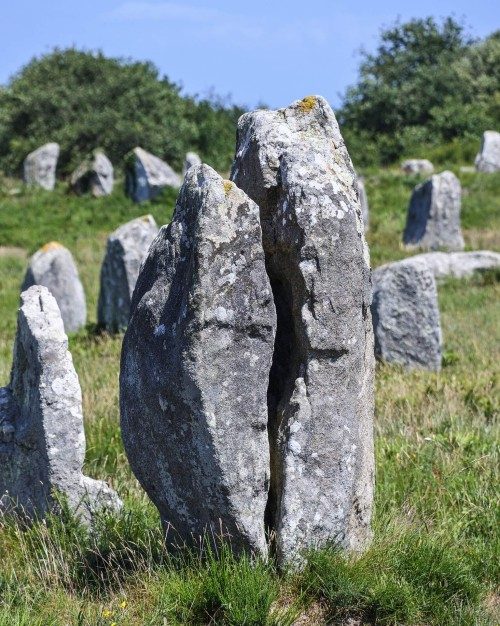 Carnac is known throughout the world for its unique rows of ancient standing stones which date from 4000BC. The granite stones were erected on the spot where they were dug, hence the differing sizes, although it is not known why they were put up; it is thought they had a religious or cultural significance. Carnac is also a perfect resort with sandy beaches, which enjoys a mild climate all year round.

La Baule owes its reputation to its chic image thanks to its prestige hotels, historic villas and classy activities and to its beach, which is one of the longest in Europe.

Guerande is entirely surrounded by ramparts, which are pierced by four gates and by salt marshes that have made its reputation. The charming medieval town of Guérande will make you travel in the time of the knights and Queen Anne of Brittany. You will love losing yourself in its flowery streets and admire its centenary facades. At the corner of the streets, creperies, kouign amann and caramels are enjoyed without moderation. In fine weather, the market days take on the air of festivals thanks to the street musicians and the colorful decorations.

The Breton Crepes and Galettes represent an important social aspect of the French gastronomy.

Breton Crêpes and Galettes are definitely the best-known specialities from the West region of France. These famous French pancakes commonly complemented with a bowl of local Cider are obviously part of Bretagne folklore! This gourmet French speciality boasts many different recipes and ways to enjoy it. Depending if you are a sweet or savoury person, you may prefer the Crêpes de Froment (wheatflour pancake) or the Galettes de Sarrasin (buckwheat pancakes). In many restaurants throughout Brittany these buckwheat and wheat delights are unduly called "Crêpes".