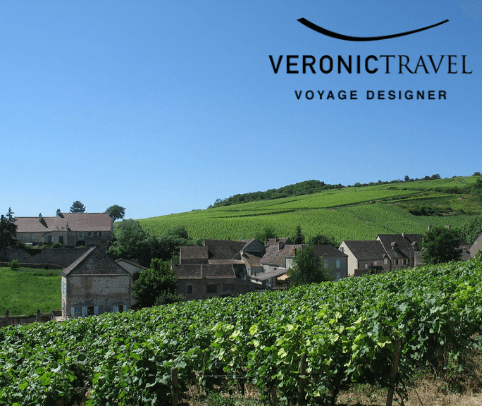 Although we can't travel right now, our sponsor VeronicTravel is giving you a virtual tour of the region of Burgundy.

At a stone’s throw from Paris and Lyon, the Burgundy region (Bourgogne in French) provides a concentrate of all the charms France has on offer: the good life, good food, incredible wines, centuries-old architectural heritage,…Get inspired by Burgundy!

Cross the legendary vineyards of Vosne-Romanée, Nuits-Saint-Georges or Gevrey-Chambertin, go to a tasting in a cellar or a wine-bar in Beaune or a village on the Route des Grands Crus. Bourgogne is a region where exceptional wines are produced and whose quality of the soil and the know-how of the wine producers are recognised the world over. A recognition that was officialised in 2015 with the registration of the Climats du vignoble de Bourgogne, or in other words the Bourguignon vineyards, in the Unesco world heritage of Humanity. 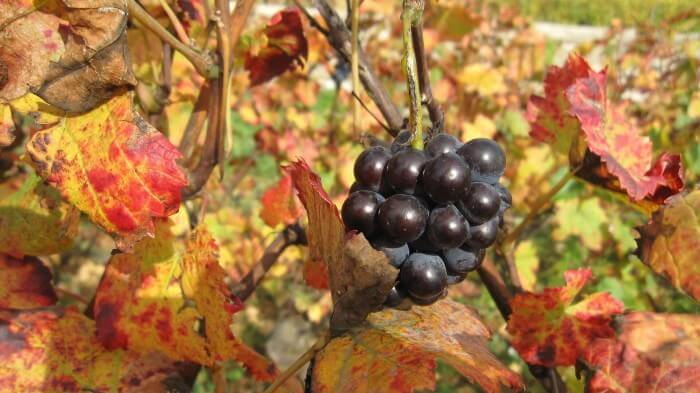 In France, gastronomy is an art form that probably is most perfectly expressed in Bourgogne, such as Michelin-starred chefs that innovate, revisit the iconic recipes of the region and in particular will make you enjoy memorable gastronomic moments. These gastronomic and oenological pleasures are mainly the opportunity to appreciate the conviviality and the sharing mentality that the Bourgogne and its inhabitants demonstrate.

South Burgundy – The Beaujolais Region – is known around the world. Its fame is essentially linked to its wine: The ‘new’ wine. The tastings of the best Beaujolais, accompanied by the region’s fine foods, can be enjoyed in country inns, village squares, wine cellars, chateaux, or in the Michelin-starred restaurants.

Driving through the vineyards of the Mâconnais-Beaujolais wine roads is a treat for your senses. Taste our most southerly wines like Pouilly-Fuissé, Saint-Véran, Viré-Clessé, as well as Saint-Amour, Juliénas, Chénas…

But Pays Beaujolais also has many charming places to visit, forming a wonderful heritage. Among them is Beaujeu, the historic capital of the Beaujolais region, with its picturesque half-timbered residence where the House of the Beaujolais Terroir is now based. There is also Villefranche-sur Saône the main town in Beaujolais, with its Rue Nationale lined with historic façades. Salles-Arbuissonnas en Beaujolais which has preserved a superb Romanesque cloister from its past, is well worth a visit. Not forgetting the villages in theLand of Golden Stones, such as Bagnols, Oingt, Ternand and Jarnioux, where the lovely ochre and golden colours of the houses add considerable charm. Lovers of old buildings will enjoy visiting the castles and churches. 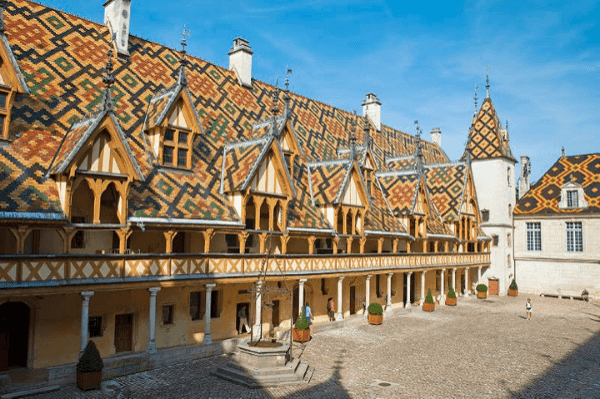 Along the roads of Southern Burgundy and the Beaujolais area, discover our historical heritage in the depths of a lush countryside. Get into the mind of monks at the abbey of Cluny and travel through lovely Romanesque churches. From the Middle Ages to the Renaissance, explore the history of our Châteaux. 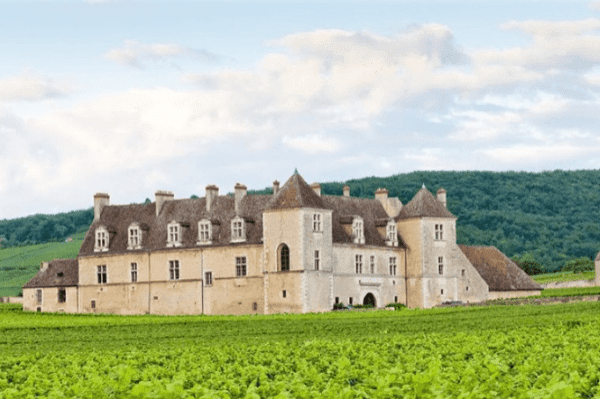 Noble Pinot Noir and Chardonnay grapes were first cultivated in Burgundy, France beginning in the Middle Ages, according to wine historians. Burgundy is their home, it’s where these red and white wines gained fame and enduring renown. Today, Burgundy's Pinot Noir and Chardonnay wines remain reference points for winemakers around the world from the United States to New Zealand.

In a line of hillsides called the Côte d’Or, Burgundy's “Golden Slopes" begin just south of Dijon, in eastern France, extending south, through the Côte Chalonnaise to the Beaujolais region. 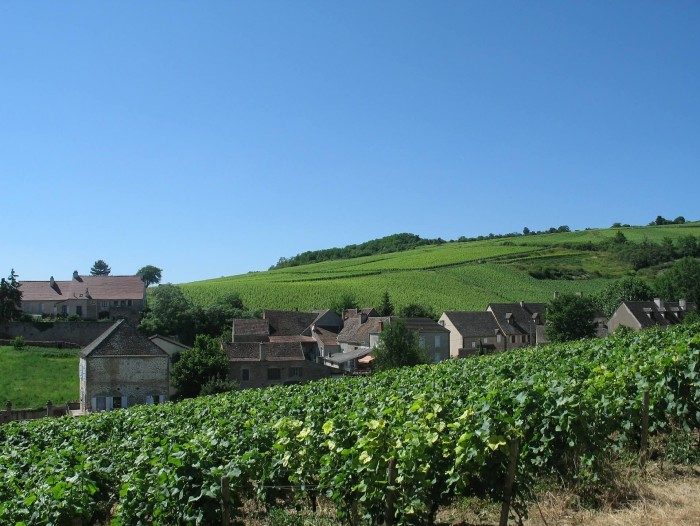 All Burgundy red and white wines are ranked, or classified, according to where their vineyards are located in the Côte d'Or. The classification system is known as appellation d’origine contrôlée in France, or designated place of origin—in simpler terms, the “AOC" regime tells you where a wine comes from. The AOC system reflects a pyramid of quality—from the lowest to the highest; in essence, there are four such levels.

First, at the pyramid’s base are regional wines, grown from grapes coming from anywhere in Burgundy. There are many bargains at this level, and prices are gentler, not inexpensive, but not sky high either.

Next, in terms of quality, are village wines, wines bearing the names of specific villages where the grapes must come from, such as Givry or Chambertin. These wines are a bit pricier.

Then, as we ascend, at a still higher level of quality are the Premier Cru—First Growth—wines, which come from specific plots in a specific village. Such Premier Cru wines are dear, but worth it for special occasions.

Finally, and at the very summit of quality, rarity and reputation, are the Grand Cru wines, the Great Growths; rare, fine and produced in exceedingly small quantities, all Grand Cru wine come from historic vineyards in this or that village and are ranked as the very finest expressions of Pinot Noir or Chardonnay. These are high priced and worth every penny!

Voyages of discovery in Burgundy’s wider regions, from Chablis wine region in the north all the way south to Beaujolais are dream visits for passionate wine lovers.

VeronicTravel in association with Ross Wine Tours are ready to assist you as you think about travel later in 2021.