Virtual trip to France - Visit the East of France!

As we are all stuck at home, our sponsor VeronicTravel is giving you a quick tour of nice regions in the East of France: Franche-Comté and Alsace.

Franche-Comté: The Doubs Valley, the Pays of Montbéliard & the Territoire of Belfort

German and French influences, cradle of the car industry, birthplace of Victor Hugo and Louis Pasteur, preserved nature, magic of its Christmas celebrations, take a wander down the two paths to discover the Doubs Valley. From Dole to Belfort, 116 miles, fully secured and signposted for an unforgettable time.

A town celebrated for its history and art. Former capital of the Franche-Comté region, Dole is often called the “little Venice of Jura”. As well as its interesting history (Louis Pasteur was born there, Marcel Aymé spent some of his childhood there), Dole offers wonderful natural landscapes to discover along the Canal des Tanneurs, the banks of the rivière Doubs, EuroVélo 6 cycle paths, the Rhine-Rhone canal and the mysterious Chaux forêt. Along the Canal des Tanneurs, the Louis Pasteur museum presents in full the life and works of this scientist. 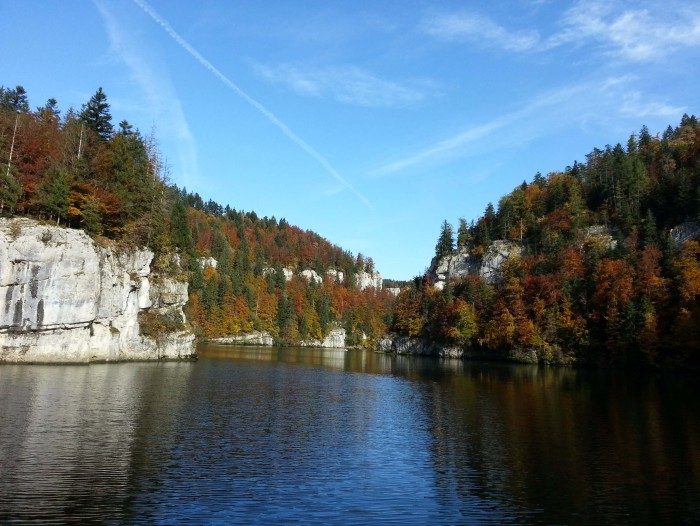 Its conserved center and Vauban fortifications are a UNESCO World Heritage Site. In the heart of the town of Besançon, the Moulin Saint Paul river stop allows you to visit the historic town center, where Renaissance facades and purely classical constructions live together in harmony. Visit the birthplace of the famous writer, Victor Hugo, where his life’s main commitments and struggles began.

Experience a break in the pays de Montbéliard, land of art and history with a rich and colorful heritage, colored facades, a Gallo Roman theatre, Mont-Bart fort, Catholic and protestant religious art, the Castle of the Dukes of Wurtenberg and its museum, the Peugeot Adventure Museum: from 1810 to today, a fabulous journey to discover cars, bicycles and other items carrying the lion insignia. 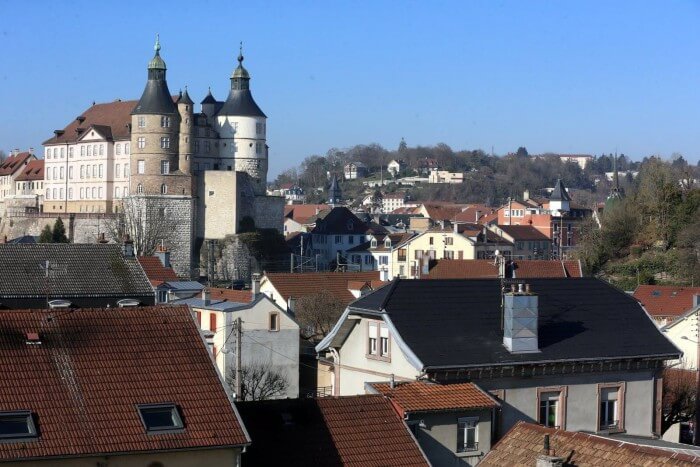 (Montbéliard, the Castle of the Dukes of Wurtenberg) 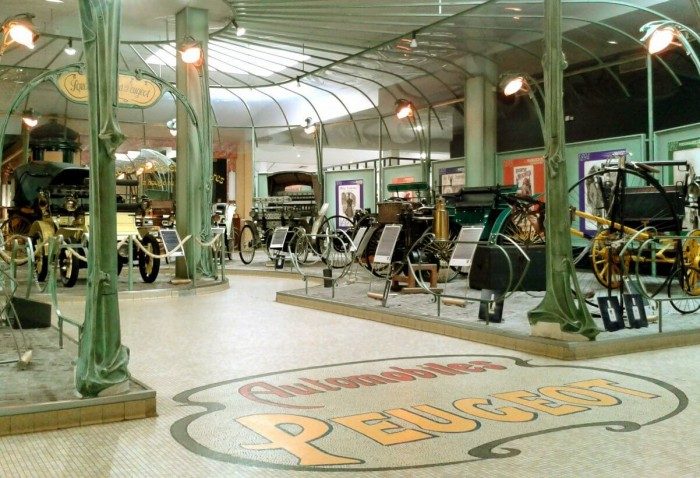 From the summit of the Ballon d’Alsace to the Belfort plain to the rolling southern countryside brimming with ponds, discover the territory of Belfort and enjoy both outdoor and cultural activities: the Fine Art Museum, the Citadel, the fortification made by Vauban, and the Lion of Belfort listed as an historical monument in 1931. This sculpture created by Bartholdi symbolizes the resistance to a 103 day siege which earned the Belfort area the right to remain French while a part of Alsace and Lorraine was lost to Germany. 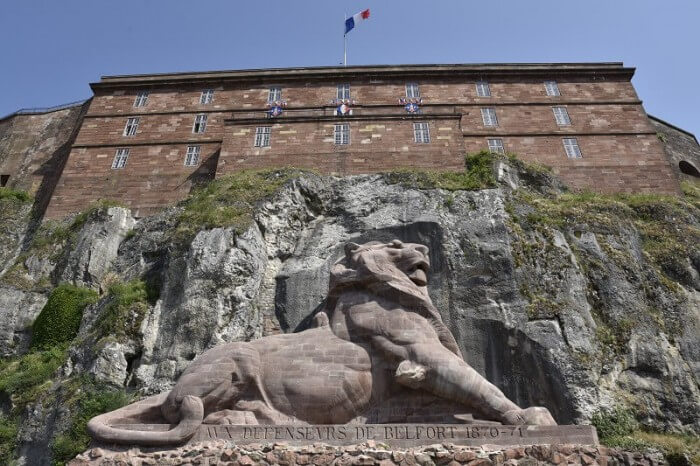 (the Lion of Belfort)

(The Comté, cheese from Franche-Comté)

Alsace has a unique place in the history books. Often central to historical events, it has been the subject of numerous conflicts as was the case in the war of 1870 in addition to the first and second world wars. A number of sites and landscapes constitute permanent reminders of the trouble past. In Alsace, heritage is alive and waiting to be discovered. 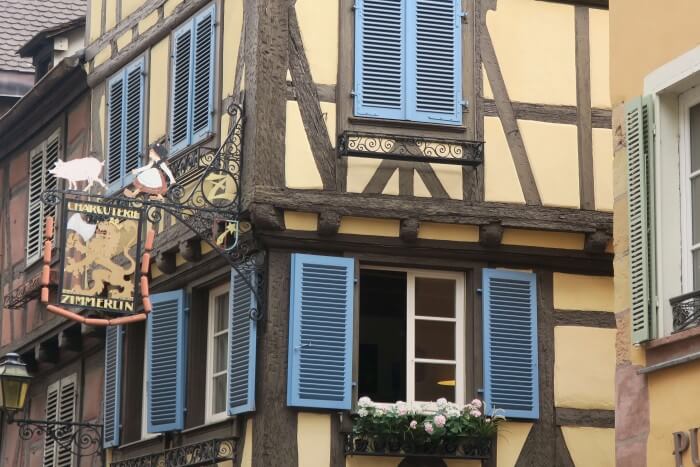 (A typical house in Alsace)

With its ideal climate and superb geography, Alsace offers a generous and abundant natural environment. Its regional nature parks and nature reserves offer a host of rural landscapes very different from those you would have expected.

The Alsacian art of living includes a generous sense of hospitality to the table and the magic of the wine route. Widely recognized for its wine and cuisine, take the time to discover its gastronomy (three starred Michelin restaurants) and visit its wine cellars along the wine route. From Than to Marlenheim, the Alsacian wine route passes through a string of picturesque villages in bloom or well-known wine producing towns, and offers breathtaking views illustrating the richness and diversity of the Alsacian landscapes. 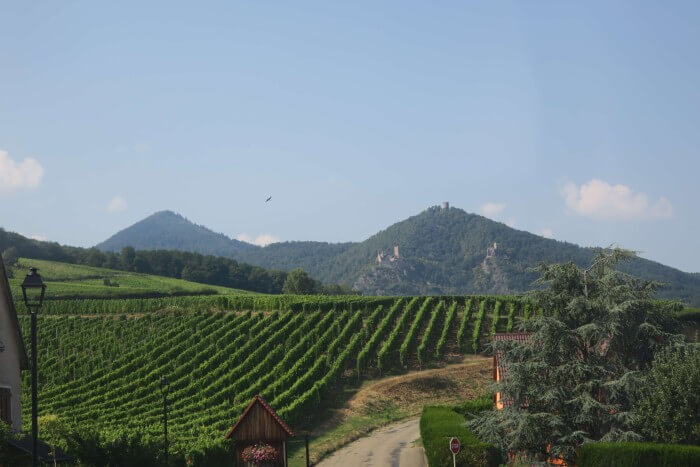 Alsace is made of timeless villages and castles. The castle and fortified route includes Alsace’s most emblematic sites such as le Haut-Koenigsbourg, the volerie des Aigles, the villages of Ribeauvillé, Ricquewhir, and Kaysersberg where Albert Schweitzer was born in 1875. 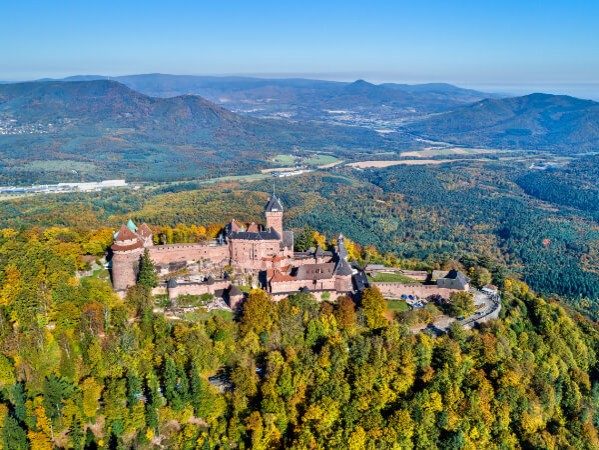 The European capital and capital of Alsace, is home to the world-renowned historical heritage, marked by its history, profoundly bicultural. The city center is home to the main sites and monuments which make Strasbourg so famous, including the cathedral, the Maison Kammerzell, petite France or the Ponts couverts… In a subtle blend of tradition and modernity, historical monuments now stand alongside the most modern structures. 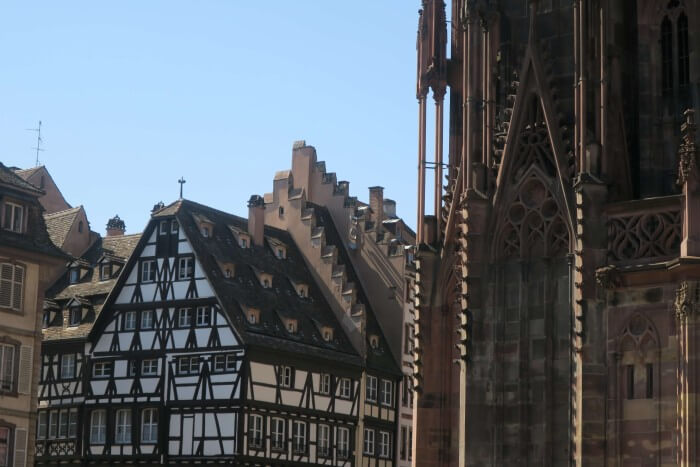 Alsace’s Capital of wine with its historical center and the famous “petite Venise”, the Unterlinden Museum and the Bartholdi Museum. Auguste Bartholdi, father of the statue of Liberty, the most famous artist of Alsace of the 19th century, was born in Colmar in 1834.

It is renowned for its rich industrial past and its successful adaptation to the modern day. The saga of the textile industry in Mulhouse began in 1746, and fabric printing contributed to the growth of the city throughout the 18th century. By the 19th century, Mulhouse and Alsace had become world leaders in the printed textile market! In 1833, a group of textile manufacturers based in and around Mulhouse formed an Industrial Society known as the “Societé Industrielle”. They decided to collectively archive the designs they produced. In order to complement their own personal collection, they added designs from other countries, and from earlier times. This collection grew in importance to become what is today the premier collection of printed textiles in the world…

The Cité de l’Automobile, the most extraordinary vintage collection in the world, presents the world's leading collection of cars. Come over to admire the marvellous Bugatti Royale, the Rolls Royces and Ferraris! Discover the cars that made history and experience the collection in an entertaining and interactive surrounding.

Explore two centuries of rail history at Europe's largest railway museum. This is the biggest train collection in Europe. There’s a vast collection of trains, the average exhibit is around 25m long and weighs a whopping 80 tons. Trains on display date from 1844, the start of rail travel in France, to the introduction of TGV – high speed trains. 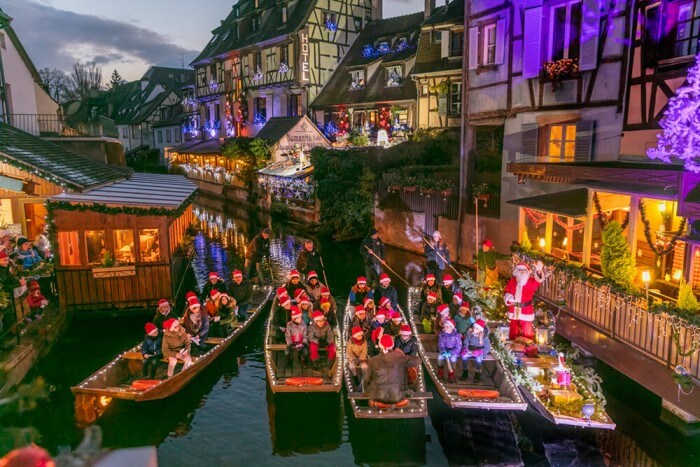