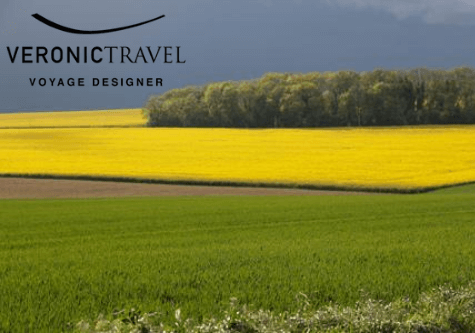 As we are all stuck at home, our sponsor VeronicTravel is giving you a quick tour of the sumptuous and most Northern region of France: the Hauts de France.

Haut-de-France is France’s most Northern region. It borders Belgium to the Northeast, the English Channel and the United Kingdom to the Northwest, as well as the French region of Ile-de-France to the South, making it a popular destination for travelers going from Paris to Brussels or to London. Its capital is Lille. 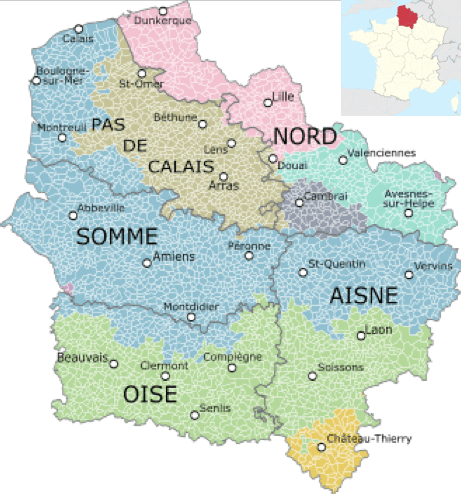 With 190 km of coastline from the Bay of Somme to the Opal Coast, from the Channel to the North Sea , sumptuous landscapes of cliffs and moors, Belle Époque villas and beaches with vintage cabins, lighthouses and dunes, Hauts-de-France is a welcoming and authentic land that combines nature, history, culture and traditions. The region offers its visitors a wide range of sightseeing opportunities and activities.

In terms of architectural interest, the region has six of the finest cathedrals in France including Amiens, Beauvais, Laon, Soissons, Senlis and St Quentin with no less than ten fortified castles and at least twenty one châteaux as well as a plethora of abbeys and churches whether Cistercian, Romanesque or Gothic.

The food and culture in the region is heavily influenced by neighbouring Belgium and you will find Flemish beer is as popular as wine here and you may also hear Flemish still being spoken.

The region is also distinguished by its history. The region was a major battleground during both the first and Second World Wars and many visitors come to see the battlefields, memorials and museums.

The Nord-Pas-de-Calais-Picardy region was a major battleground during both the First and Second World Wars and many people visit to see the battlefields, memorials and museums. The major battlefield in the region is that of the infamous Battle of the Somme 1916-1918, where more than a million men were wounded or killed. Memorials include those along the Chemin des Dames and Vimy Ridge, and some of the best museums are the Museum of the Great War in Péronne, the Somme 1916 museum in Albert and the Carrière Wellington Museum in Arras.
https://about-france.com/tourism/great-war-france.htm

Dunkirk is probably best known for its role in the Second World War when Allied troops were rescued from the beaches by the ‘little ships’ from Britain in the Dunkirk Landings. Now it is a bustling port town with traditional shops and street markets and a sandy beach.
https://www.dunkirk-tourism.com/What-to-see-do/Dunkirk-1940/Dunkirk-and-Operation-Dynamo 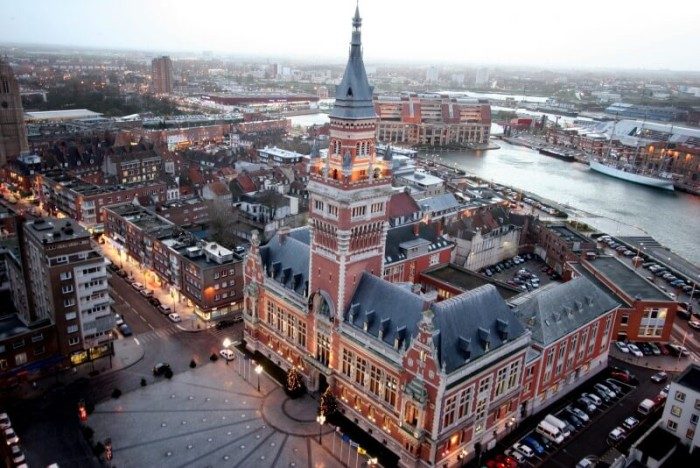 Charles de Gaulle was born in Lille on November 22nd 1890, in the house of his maternal grandparents at 9 Rue Princesse. Listed as a Historic Monument, the house was bought in 1967 by a group of friends of the General. Now a museum, it recreates the atmosphere of a typical late 19th century home of the Northern French industrial middle class. The family keepsakes and personal objects on display (cradle, christening robe, Saint-Cyr sword, etc.) are a reminder of De Gaulle’s younger days. A recently developed multimedia centre also looks back over the great statesman’s historic work.
https://en.lilletourism.com/museum-lille/charles-de-gaulle-s-birthplace-and-museum.html 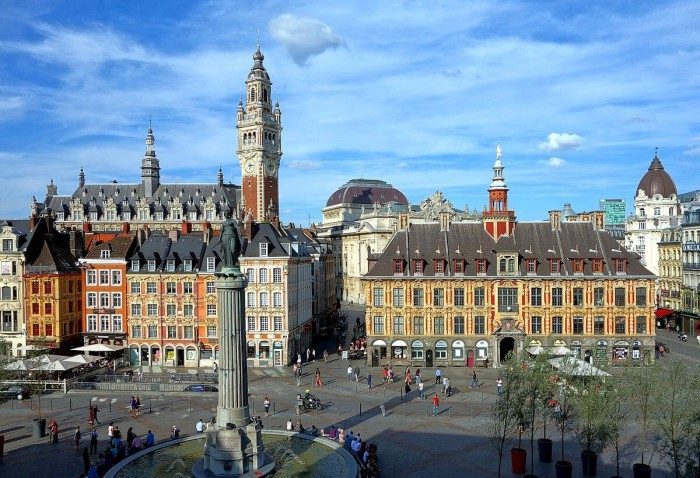 Oise is only 35km from Paris and was a retreat for the royals, meaning there are plenty of royal residences, castles and châteaux to explore, including Château de Pierrefonds, Palais de Compiègne and Château de Chantilly.

The grandiose Château de Chantilly, located only 40km from Paris, astounds visitors with its remarkable architecture and unique setting. Surrounded by water, the château appears to be floating on a lake.
https://domainedechantilly.com/en/accueil/chateau/

With its striking white stone façade, multi-level turrets, and enchanting setting of the Compiègne forest, the majestic Château de Pierrefonds looks like every princess’ fairy tale castle. Originally built in the 15th-century by Philippe d’Orléans, the castle was torn down by Louis XIII in the 17th century, then rebuilt by celebrated architect Viollet-le-Duc in the 19th-century as an imperial residence for Napoleon III.
http://www.chateau-pierrefonds.fr/en/

Amiens is home to the gorgeously Grand Amiens Cathedral (the largest church in France), a masterpiece of 13th century Gothic architecture and a protected UNESCO World Heritage site.
https://www.monuments-nationaux.fr/en/ 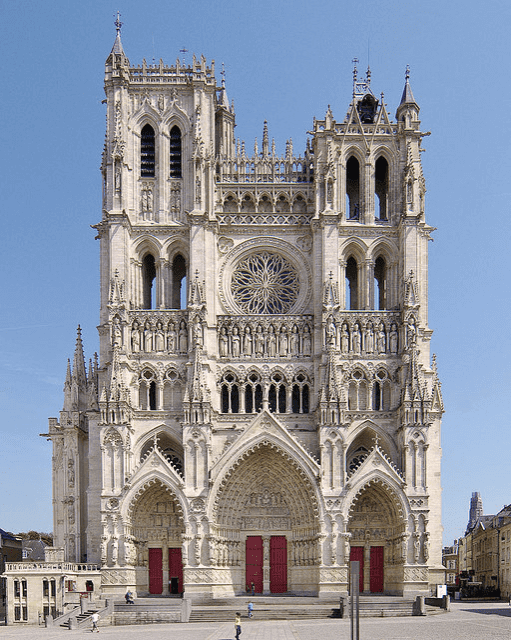 Enshrouded in a natural setting where sculptures of Calder, Picasso and other major references invite you to lounge about…  LAM holds one of the most important raw art and key creations from great masters like Modigliani, Miró, Braque, Léger…It doesn’t only specialize in 20th century art, but actually this is the only museum in Europe to reveal two centuries.
https://www.musee-lam.fr/en

In Lille, photography has an address, Maison de la Photographie is the perfect spot to dedicate photo collections or photo exhibitions, which carry on one after the other and this fascinates photography lovers even more.
https://www.maisonphoto.com/

An architectural manifesto, Villa Cavrois, the work of architect Robert Mallet-Stevens, a figure of the modernist school, was designed and built in Croix between 1929 and 1932 for Paul Cavrois, a textile industrialist from the Nord department, and his family.
http://www.villa-cavrois.fr/en/

Some of the local food specialities include moule-frites, beef braised in Flemish beer, and ficille Picardie, which is a ham and mushroom crêpe baked in a rich cream sauce. Also, try the macarons d’Amiens, crème Chantilly, honey from Aisne and AOC Maroilles cheese. The part of France loves beer as much as wine and you will find a number of local Flemish beers from small artisan breweries.
https://www.tasteatlas.com/most-popular-food-in-hauts-de-france 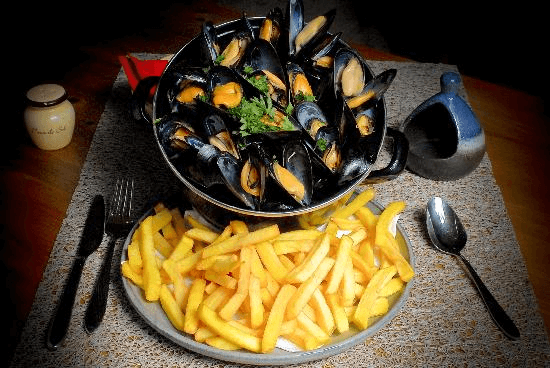 There is plenty for nature-lovers in the region.

The Côte d’Opale (Opal Coast) is a spectacular coastline of chalk cliffs, elegant resorts and sandy beaches bordering the Channel. Try the dunes at Malo-les-Bains, the family-friendly beach at Wimereux, or the wide beaches of Hardelot and Le Touquet-Paris-Plage for a bucket-and-spade day. 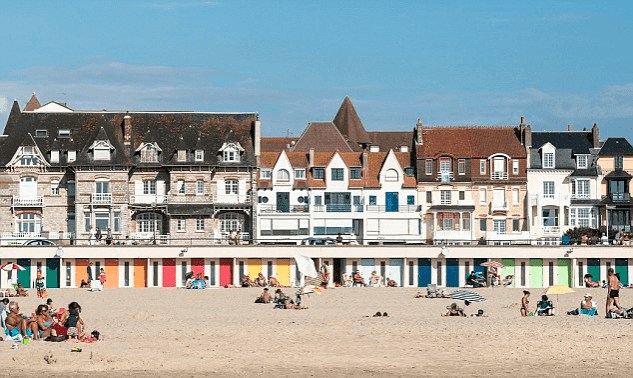 If you are looking for wildlife then head to the Baie de la Somme (Somme Bay), one of the best areas for bird-watching in France. The Somme Bay is one of the most beautiful bays in the world. Situated on the route of the migrating birds, the Nature reserve of the Somme Bay, and especially the Marquenterre Park is a peaceful haven for numerous wild birds stopping here to rest. The Somme Bay also has the unusual feature of being home to a seal colony.
The small steam train connecting Le Crotoy to Caveux-sur-Mer is a wonderful way to discover the landscapes of the Somme Bay.
https://www.visit-somme.com/somme-bay

Whether you come for a weekend or a longer stay, the Hauts-de-France region will delight you with its distinctive character and rich cultural heritage!